It’s been a super active week! And yet one thing held true: I consumed WAY too much media.

Here’s some of what I’ve consumed this week:

I dug into Margaret Atwood’s The Testimonies like it was on fire. In many ways, it was. It reads very much like a YA novel with disturbing bits. However, I did have some issues. It was too neat and tidy, which is once again, the makings of a YA novel. I’m not a YA novel reader, because I get annoyed by that. It was also extremely predictable. And I don’t know if I’m desensitized because of the first book and the show, but the disturbing parts were a whole lot less disturbing this round. Did I enjoy it? Heck yeah! Does that mean it was without its faults? Nope. It’s a book you have to forgive while enjoying its ride.

So HBO’s Succession is probably my favorite show on television right now. I didn’t think I knew anyone else that watched it until my mother-in-law and I started endlessly gushing about it at family dinner night, much to the horror of our husbands. I feel like it has the perfect blend of drama and comedy. If you’re up for some pure evil mixed in with a second generation of screw ups, this is your show. Just please let me know if you’re watching it so we can gush.

If you’ve spent any time monitoring a social media account, you know there’s something very wrong with a segment of the population. For instance, I once had a fan that wanted to talk about ponies so bad that she kept commenting on each post about them. It was to the point that every time I saw the client, we’d yell, “PONIES,” at each other and then collapse laughing. And that’s why I got so excited about The Anti Social Media Manager. We ALL have stories that we’re not telling. They’re insane and funny as hell. This podcast is only two episodes in, but it already has a lot of promise. I highly recommend checking it out.

Know what’s awesome? I’m ending my first full week of content for my business. I didn’t think promoting myself like this wasn’t for me anymore. I had decided I was sick of myself and no one wanted to hear what I say anyways. It seemed better to just write blog posts for clients at this point. But on a whim, I decided I needed to give it another shot. And I’m doing it. I’m rebuilding an audience, and I’m learning that I still have this in me. Every day, I get an idea for something I would like to write about. Right now, it feels easy, and I’m enjoying it. However, I know that this will change eventually, so I even have a plan for when that happens. I’m glad to be back.

Have you ever just admired a blog post? That’s what happened when I read this communications plan post. It was like all of these mini stories were purposely written so they could be packaged up into one big novel. And they probably were. So many of us just write to write, and don’t bother to create something that can be packaged together in a much more useful format. This really made me think about how I could do something like this on the client-side and for my business. Oh yeah, and the information is super helpful as well. But still… girl, that format is pretty. 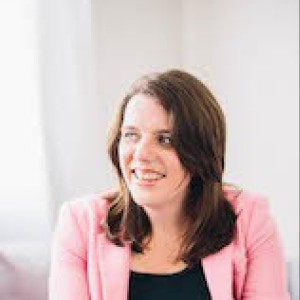 Betsy A Decillis is the Chief Content Officer of BAD Consulting. If you don't find her trying to make everyone be nice online, she's probably busy asking her cat if he could please stop yelling at her.